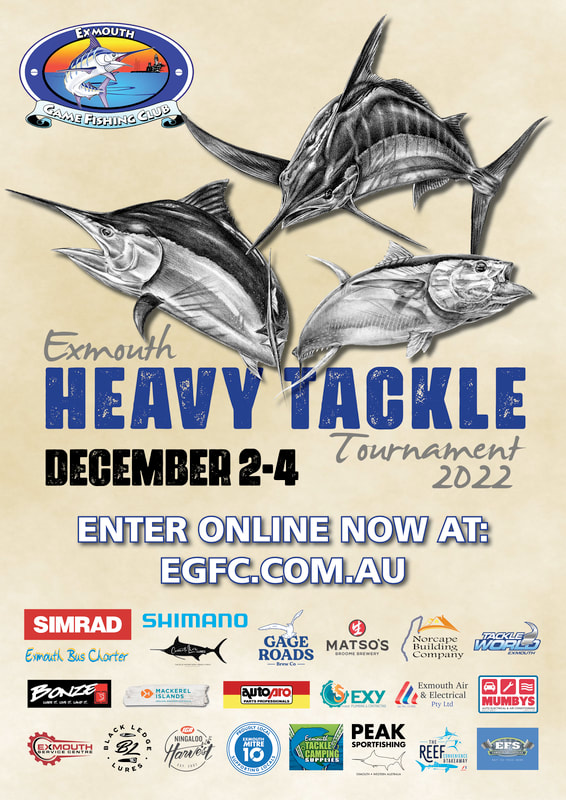 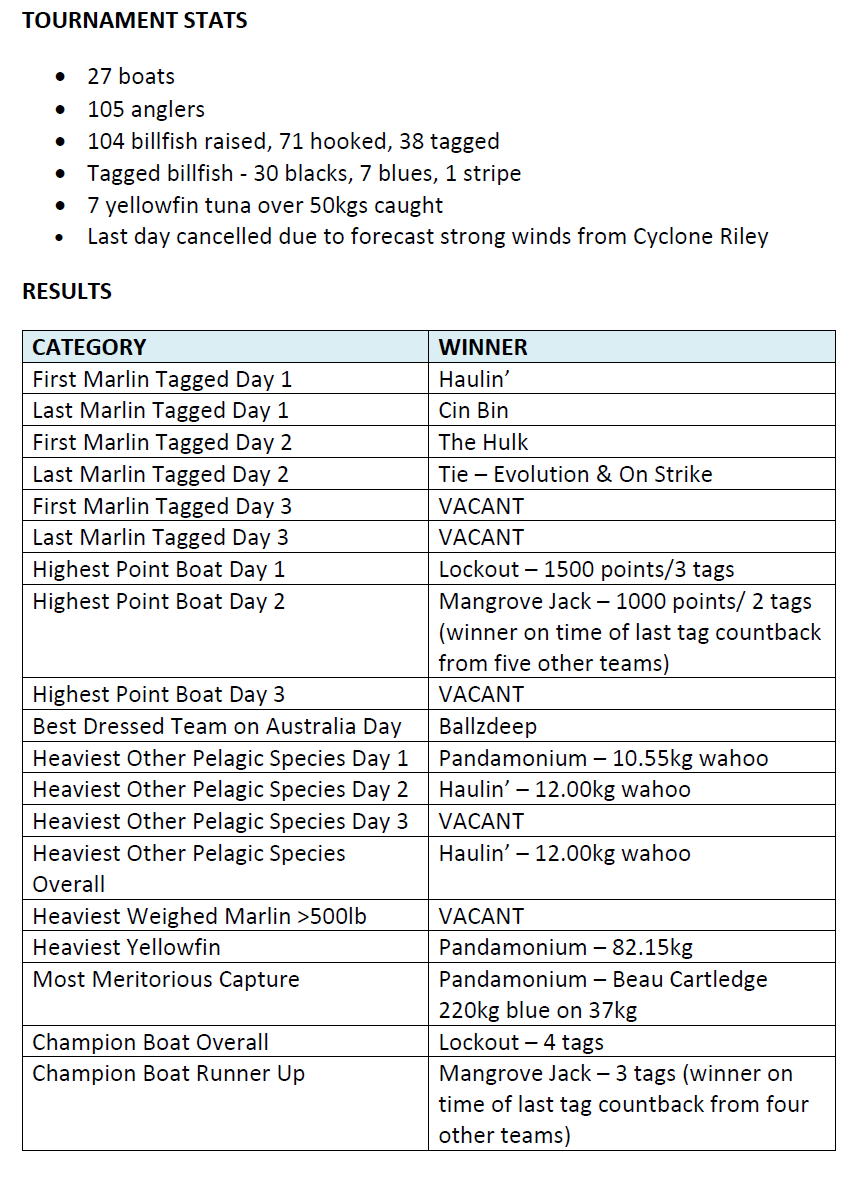 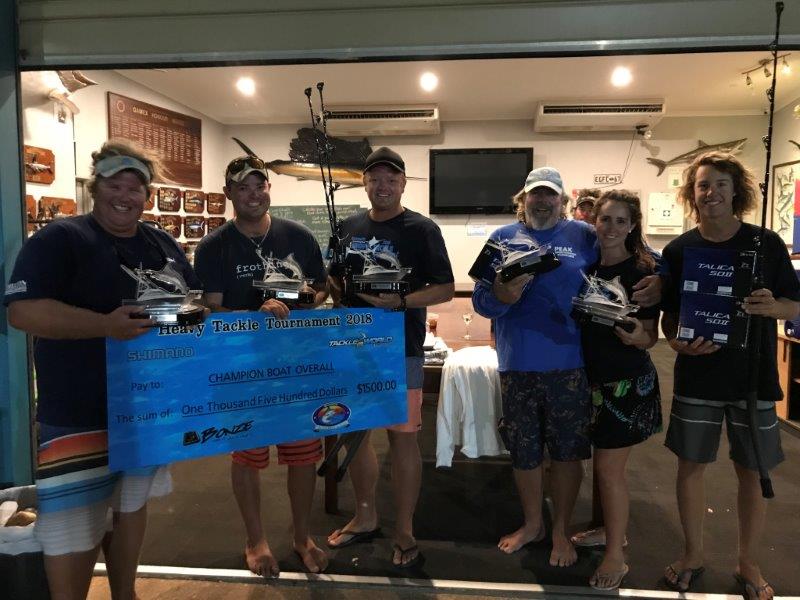 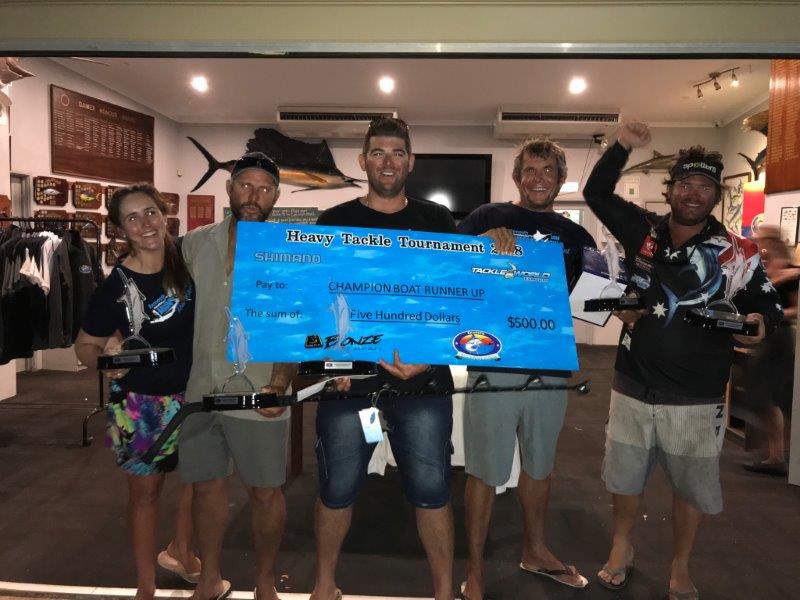 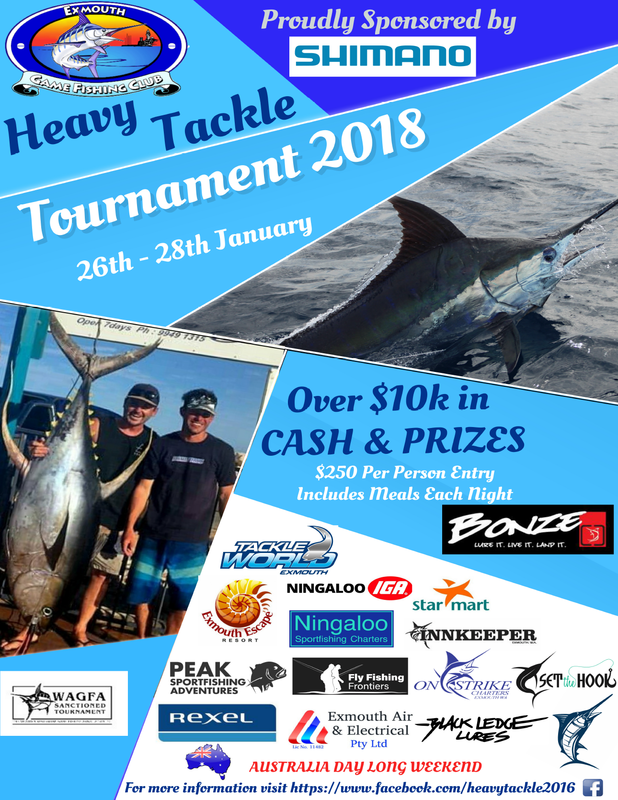 Results for the EGFC Heavy Tackle Tournament 2016
Report 1
There were 22 boats fishing the event that raised 190 billfish, hooked 139 and tagged 67.
The majority of fish were blue marlin.
Team Waverider managed a grand slam on the third day and took out the top prize.

We also had a few other horse yellowfin at 70kg, 61kg and a great effort by the 13 year old Darcy Bryce with a 60.3kg model. Darcy also tagged 3 blue marlin for the comp. Great effort Darcy.
Sadly on day one team Game On didn't make it to the grounds after a fire started on their vessel.  Several teams raced to their aid, however the 50ft Keywest was tragically engulfed and destroyed in a matter of minutes. Luckily the quick thinking of the crew aboard had them all safe in a life raft.  The crew would like to remind everyone of the importance of having a grab bag and life jackets easily accessible, for this fire was unbelievably uncontrollable and there was very little time to rummage through hatches to find safety gear. The remnants are now sitting on the ocean floor and owner Graeme Heel has named the (now) FAD location as Game Over.
To see the GWN7 News coverage of the boat fire click here
To see the GWN7 News coverage of the tournament click here

Report 2
The Exmouth Game Fishing Club’s Heavy Tackle Tournament is a concept style tournament specifically designed to encourage participants to explore Exmouth’s still developing heavy tackle billfishery. Only 37kg and 60kg line classes can be used and boats must fish outside the 250m depth contour which runs as close as 12kms from the western shore of Exmouth’s North West Cape.

Blue, black and striped marlin are the only billfish species eligible to be tagged or weighed-in, and there are separate minor categories for Heaviest Tuna and Heaviest Other Pelagic Species. Any marlin to be weighed must meet the minimum requirement of 280cm short length; again to encourage the ‘big billfish only’ format of the tournament.

The 2016 Heavy Tackle Tournament was held over the weekend of December 16-18 with 23 boats and 80 anglers competing. Along with many local boats, teams from Victoria, the Northern Territory, Broome, Tom Price, Karratha, Geraldton and Perth also made the long  journey to Exmouth to get in on the fun.

With light winds forecast, a strong running current and some fantastic blue marlin fishing in the weeks leading up to the tournament, the event was shaping up to be a good one, and that was certainly how things panned out on day one. An eddying current formation had pushed the majority of fish further south than what might be considered Exmouth’s ‘normal’ heavy tackle grounds, and a few boats clued into this right from the outset to enjoy some awesome action.

While most crews saw fish throughout the day, by far the standout performer was Pelagic Hooker with Captain Eddy Lawler at the helm who found a great pocket of fish almost all to themselves and went 11-8-7 on blue marlin - a personal best on blues for this very experienced crew. By day’s end, the fleet had tagged 21 blue marlin, 2 striped marlin and 1 black marlin.

Day two dawned with even better conditions and more black marlin appearing in the spreads – the first major run of them off Exmouth for the 2016/17 season. Captain Murray Pattison and the team aboard Waverider had the hot hand on day two with 6 fish for the day to peg back Pelagic Hooker’s huge early lead, and All Bard Up and Hammer Time also had good days to stay in touch with the leaders. Final billfish stats for the day were 17 blue marlin, 9 black marlin and 1 striped marlin tagged, but the highlight of the day’s fishing was a 60.3kg yellowfin tuna for junior angler D’Arcy Bryce aboard Reckless.

A stiffening south-westerly wind and increasing swell made things harder for the smaller boats on day three, but despite this the fleet still tagged 9 blue marlin, 4 black marlin and 3 striped marlin. Diversity had the gaffs out and ready when they were on a big blue for an hour and a half but unfortunately lost it close to the boat when the 700lb leader wore through.

In a grandstand finish, Waverider tagged one blue, one black and one striped marlin for a grand slam that ultimately won them the tournament by two fish over Pelagic Hooker who were only able to tag one black marlin for the day. Another three big yellowfin were caught on this final day of fishing, topped off by a 92.9kg keg for Aaron Bailey aboard Hold On which won the Heaviest Tuna section and is a pending WA record.

Total stats for the tournament were 190 marlin raised, 139 hooked and 67 tagged, which was comprised of 47 blue marlin, 14 black marlin and 6 striped marlin. This is amongst the highest number of blue marlin ever tagged in an Australian game fishing tournament which gives some indication of the quality of Exmouth’s summer blue marlin fishery.

The Exmouth Game Fishing Club would like to thank the tournament’s major sponsors Network Power Solutions, Shimano, Bonze Lures and Tackle World Exmouth, as well as all teams who competed in what was a very successful and enjoyable event. The Exmouth Game Fishing Club Heavy Tackle Tournament will be on again in 2017/18 with a new Australia Day long weekend timeslot. For more information on the 2017/18 event, visit: www.egfc.com.au or: www.facebook.com/heavytackle2016. 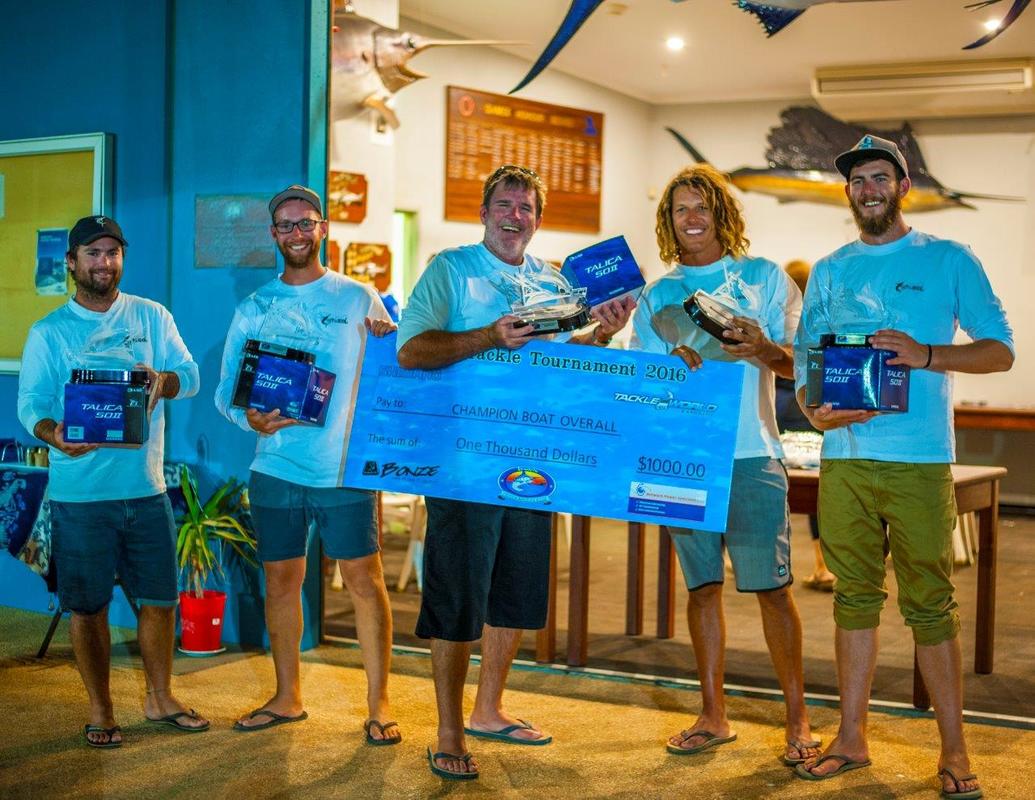 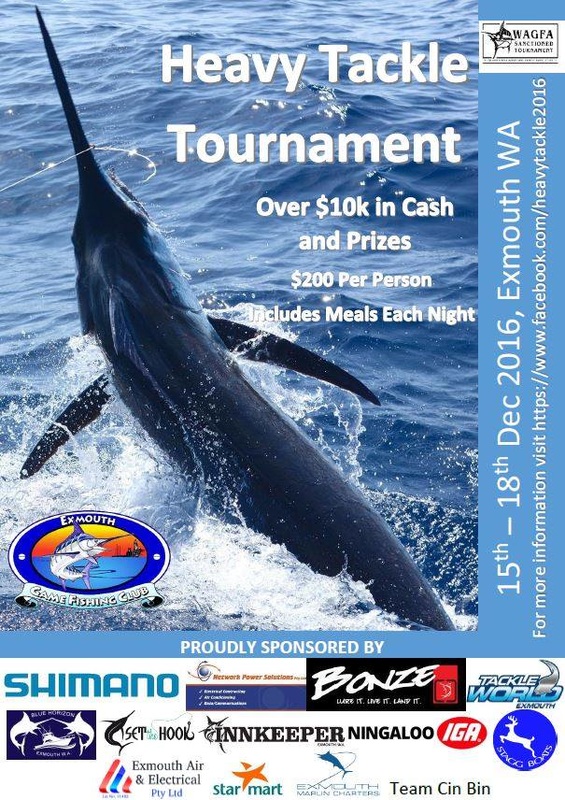